DISCOVER YOUR BEST DUB MUSIC BELOW !

Orlando-based techno producer C.H.A.Y. was one of the hottest prospects on mau5trap in 2019. Yesterday, he showed that he’s ready for an even bigger 2020 with his latest EP, Your Interpretation.

Since launching his project in 2017, Orlando-based DJ/producer C.H.A.Y. (real name Christopher Fratt) has earned co-signs from artists like deadmau5, I_o and Claude VonStroke for his vivid techno production and fun, danceable rhythms. This has helped him earn releases with not only mau5trap, but Dirtybird and Insomniac Records as well.

For his first release of the new decade, C.H.A.Y. has returned with a similar dark, electro/techno sound, but for the first time ever the project features entirely his own voice and lyrics. While he’s sampled his vocals in the past, mau5trap requested them for this project to help fully realize the 24-year-old’s potential and dynamism on record.

“I think it made the songs more interesting,” said Fratt, who spoke to EDM.com earlier in the week. “It gave me a chance to tell more of a story.”

Adding vocals makes the C.H.A.Y. project feel even more personal, which generates excitement for a potential full-length release with the label later this year. Stream or download Your Interpretation via mau5trap across platforms here.

This weekend, Solis was overtaken with assault, overcrowding, and property destruction.

Nobody wants to feel as if their safety is at risk while attending a music gathering, but that is exactly what happened this past weekend at Pakistan’s Solis Music and Arts Festival. The event quickly took a turn for the absolute worse once hundreds of fake festival ticket holders stampeded their way through the gates causing horrific chaos in their wake. From the looks of it, many of the crimes were against the women in attendance.

Reports of the nightmare-inducing festival have been pouring in across social media accounts illustrating the chaos that ensued. Videos show that men climbed onto the stage destroying and punching their way through the crowd. Even as the event was being cleared out you can see individuals continuing to riot and wreck the property.

If that wasn’t enough, women have come forward describing the disgusting and terrifying ordeals that occurred during the riot. Females were allegedly being sexually and physically assaulted while trying to escape the wreckage.

Many have placed the blame on the festival organizers for management allowing these kinds of atrocities to happen. There has been a call to action for those involved to work with the police to help identify and arrest those who were responsible for the incident and the negligence. The team behind Solis have since released the below statement.

For the 4th edition of Solis Festival, we were really excited to bring the festival back to home grounds- Islamabad. We had to make the difficult decision to stop the event due to hundreds of individuals who fought their way through with fake tickets. This spoiled the night for everyone else that purchased authorized tickets. As always, security and safety is at the utmost priority for our festival attendees, vendors, sponsors and artists. We want all our fans to feel safe and happy at every show, and because of the actions of these individuals we weren’t able to do so. We will be issuing a further statement at a later time, but for now want to thank our fans who purchased real tickets and came to genuinely enjoy the event.

This was the fourth edition of the Solis Music and Arts Festival held in Islamabad, Pakistan. It’s the biggest international music event the nation has to offer. Those artists who were due to perform at this year’s event were Dannic, Mike Williams, Julian Jordan, FDVM, and Turhan James.

SWARM unleashed a terrifying, new psytrance single ahead of his upcoming EP, Eat Me Alive.

SWARM has returned to haunt the airwaves with his latest psytrance single, “All Hope Is Lost.” After just completing the Thank You For Raging tour with Sullivan King, he’s debuted the first chapter in his upcoming, story-based EP, Eat Me Alive.

With a growling, mechanical bass line, he takes his metal background and crafts a well-polished psytrance romp. Overwhelmingly dark throughout, the pounding nature of the tune combined with its orchestral components sounds like something you’d hear either at the climax of a heavy bass music performance or when fighting the final boss in a video game.

When asked about the release, he shared that he particularly enjoyed its simplicity and how dramatic it is. In his own words:

“All Hope Is Lost” is one of my favorites from the EP because of its intensity and simplicity. Orchestration combined with electronic music draws me in so much more than using a regular synth does, and this song in particular has an especially dramatic tone to it that felt right to release as the first single from Eat Me Alive.”

Alongside the single is a truly chilling music video to help set the scene for the story he’s unfolding. When speaking on the video he explained a bit about its background, and how his mom isn’t the biggest fan of the its contents. He said:

“The music video for the song is something I’ve wanted to make for a while – completely over the top but delivering my own sort of commentary on issues that many people face, myself included. My mom didn’t care too much for the video, though; she kept covering her eyes and yelling for me to turn it off.”

Please Note: The embedded video contains images and themes that some viewers may find to be disturbing.

“All Hope Is Lost” by SWARM is out now. The single will be included on his upcoming EP, Eat Me Alive, which releases on March 4th, 2020. You can pre-save his next chapter in his horror story on Spotify and Apple Music here.

Calvin Harris is killing it in music and in real estate.

Calvin Harris (real name Adam Richard Wiles) has a lot to celebrate these days. Not only has he been rolling out a string of amazing tracks and gearing up for his return to Coachella, but he’s had a major win on the real estate front. The famed Scottish DJ/producer has been trying to sell some of his Los Angeles properties for years now and he’s officially found a taker.

According to Variety, Wiles just unloaded his sleek Hollywood Hills compound for a whopping $7 million, the same price he purchased it for back in 2013, to the tech entrepreneur Stephen Garden in an all-cash deal. The beautiful, “zen-inspired” home nestled right above the iconic Sunset Strip features a 4,100 sq. ft. main house, a two-story detached guest house, a pool/spa area, and top-of-the-line privacy and security additions. This home screams real estate envy.

As previously mentioned, Wiles has been on the top of his game after announcing his Love Regenerator project. Since then he’s released the two-track EP, Love Regenerator 1, and followed it up with Love Regenerator 2. Fans have been loving his new sonic direction leaning more on the house and techno side. 2020 is looking to be a good year for the esteemed producer.

February is winding down, and it’s almost time to kick it into Ultra mode. What better way to get ready for the festival season than a shit ton of new music? Welcome to the New EDM Release Radar. Check out the monster list of new tunes coming out this Friday below! Related: New EDM Playlist

Think you know a lot about one of dance music’s most legendary duos? Prove it.

It goes without saying that Daft Punk are one of, if not the most influential and celebrated acts in dance music history. Between their legendary tunes, groundbreaking stage production, and signature robot helmets, nearly everything the duo do is iconic. In honor of these living legends, we’ve created a test to see just how well you know the French superstars.

You asked, they delivered.

Fans of these two artists have been waiting for this day for some time now, and the wait is finally over. Zeds Dead and Rezz have unleashed “Into The Abyss” upon us along with an eerily mind-bending visual to accompany it. The artists had their followers hooked on the release since its debut at the Aragon Ballroom in Chicago last December. Months prior to that, Rezz (real name Isabelle Rezazadeh) teased the tune. Now we can finally revel in all its glory.

The track is as dark and ominous as we would expect from these two acts collaborating together. The single starts off tame but ends with the powerful reverberating bass that will get the hairs on your neck standing. Both the duo (comprised of Dylan Mamid and Zachary Rapp-Rovan) and Rezazadeh’s sound are highlighted without getting lost within each other. This track is definitely a must-see live.

Both acts have been killing it on the collaboration front as of late. The duo recently debuted their “GodLovesUgly” remix with Subtronics, and the track “Dead Of Night” with Ganja White Night. Fans can also expect to be receiving a new album from Mamid and Rapp-Rovan in the near future.

Rezazadeh closed out 2019 with the impressive “Hell On Earth” with Yultron, and there is also talk of a Grimez x Rezz piece being in the works. Catch “Space Mom” live at Bonnaroo, Parookaville, and of course her special, two-day Rezz Rocks event returning this September.

According to TMZ, Brooklyn-rapper Pop Smoke was murdered early this morning as four unidentified masked gunmen broke into a rented home in Hollywood Hills. Soon after the incident, he was rushed to Cedars-Sinai Medical Center in West Hollywood, where he was pronounced dead. A surveillance video shows the masked men breaking into the home just 10 […]

Matt Eastwood of Eustis, Florida had gone missing after the festival drew to a close.

After the 2020 edition of Forbidden Kingdom Music Festival wrapped up on the evening of Friday, February 14th, an attendee named Matt Eastwood had gone missing the following Sunday. He was found dead on the afternoon of Wednesday, February 19th following search efforts on the part of his family as well as the Palm Beach County Sherriff’s Office.

Eastwood’s step-sister, Chelsea Smith, confirmed his death in a 2:09 text message to Florida newspaper Daily Commercial. A GoFundMe page had been launched to cover the expenses of those in the search party. At the time of writing it has raised over $2,600.

Eastwood was a well-known bartender at Wolf Branch Brewing in Eustis. “It is with the heaviest of hearts that we prove this update, Matt was found,” wrote Head Brewer Jose Villafana in a post to the establishment’s Facebook page. “He is no longer with us.”

Eastwood’s suspected cause of death has yet to be disclosed at the time of writing.

A producer who fearlessly creates without any hesitation, Adam Snow is back from a creative hiatus with his new single and visual for “9 to 5” feat. accomplished lyricist and hip-hop artist Freddie Gibbs and Houston-native rapper/producer Tedy Andreas. “9 to 5” is the first single to be revealed from Adam’s forthcoming debut full length 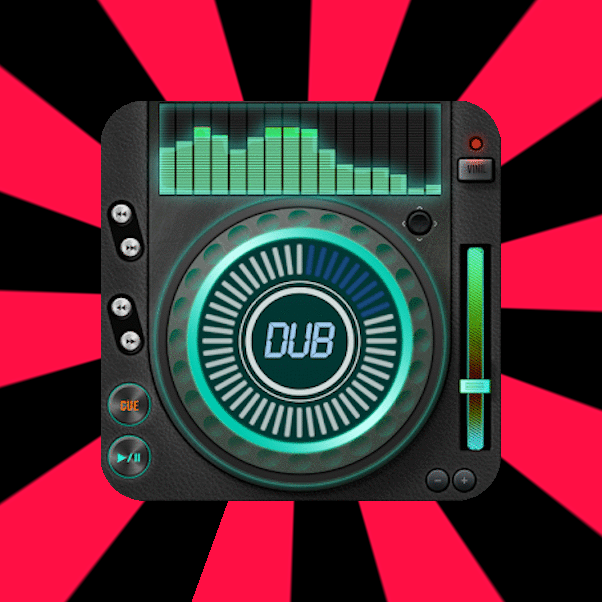